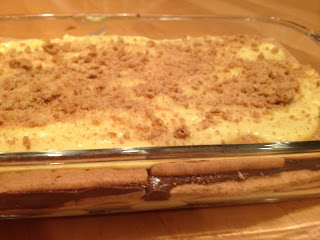 Summer brings to light so many childhood memories. Running through the sprinkler under a scorching sun…..sipping Kool-Aid on the porch while waiting out an afternoon thunderstorm.…. capturing fire flies in a jar and watching them glow in the dark on the night stand by my bed….....endless hours of baseball with the neighborhood kids.


These were the summers before central air conditioning. You played outside and stayed outside till long after the sun set. Something, strangely enough, I don’t see now in my own neighborhood which is loaded with young kids. Seemingly, air cooled houses, skin cancer threats and gaming technology have robbed today’s children of their right to bare arms under the summer sun.

That being said, one of my favorite summer memories is of the annual family gathering that was held in our yard each July. We lived in, what was then known as the “country”. Four tree-studded acres of land with a running creek and our two horses housed nearby. At the time, a good portion of my Italian mother’s family still lived in Philadelphia, so a day in the country was a party to attend. Aunts, uncles, cousins and friends would descend upon our property loaded with pots of meatballs and sausage, crabs, mussels and corn. My Dad would cook up the hot dogs and hamburgers on a brick grill he fashioned and my mother prepared  the salads. It was a good day. A day which inevitably ended with sparklers, cold watermelon and ice box cake.

Now, every family probably has their own version of ice box cake. Before central air conditioning, this recipe typically was made during warm weather months because it didn’t require an oven. To this day, it is my boys’ favorite dessert. I made it last week for Father’s Day, and my two sons, now 27 and 28 years of age, stood behind me with forks as I took it out of the refrigerator. Our family’s version couldn’t be easier to make. (Although, my son’s girlfriend, a smart gal with a master’s degree, had a little problem with it – not sure what happened there but we'll work on this!)  Anyway, you only need four ingredients:


Ironically, the hardest part of making this cake is finding the “cooked” version of pudding in the store these days. Instant doesn’t work because it won’t soften the layers of graham crackers into a cake-like texture the way hot pudding does. So when I find it, I buy several boxes. The other requirement is coordination. You have to cook both pudding flavors at the same time (which require almost constant stirring.) Spread a layer of the whole graham crackers in 13” x 9” dish, pour a layer of hot vanilla pudding over it, layer the top with more crackers, and then repeat the procedure using the chocolate pudding. Crush up the last of the crackers and sprinkle over top layer. Refrigerate till cold. There. How easy is that?


As you can see, this recipe has endless possibilities of variations. However, I have learned not to change a thing since I once used cinnamon flavored graham crackers and my oldest son stop just short of accusing me of treason.

I don’t know where this recipe originated or I would gladly give credit. Maybe, back in the early fifties, some poor women in a nice dress and pearls (could be I’m visioning Donna Reed) was in desperate need of something with chocolate on a hot summer day. I only know that one bite, and I am transformed back to being a young bare-footed girl, porch sitting with her family on a warm July evening, thinking this is as good as it can get!