Getting to the Heart of the Matter...... 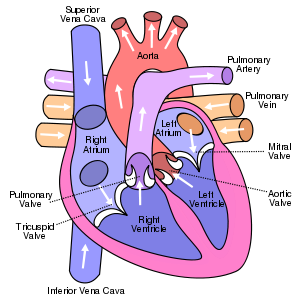 The march till June continues forward and up until now, things were staying on task. As promised to myself, I joined a local gym and decided to stick to the treadmill till the first 20 pounds were lost. I keep my eyes glued to the overhead TV’s so as not to notice that almost everyone around me is at least 30 years younger. I try to always get in the first row so I don’t see the low heart rates that 20 something’s at a higher mph and longer duration that I can handle, have, glaring at me from their screens. I keep focused.

Then early last week, during a routine physical from my doctor, I brought up the subject of workouts and heart rates and she stopped me cold. “I know your son is getting married and that your treadmill walking, so why don’t we do an EKG? It’s been a few years.” It was okay with me since I didn't feel that there were any problems to worry about. A short time later, I was lying on a table while a young technician attempted to attach the leads to my chest and thighs. “Okay,” she said, “Let’s fire this thing up”.

I was feeling rather relaxed until I heard her say “Oh, this can’t be good”. Now my heart had her attention. “Let me check all the leads and do it again.” So she climbed up over me and checked all the connections. She ran the test again and turned with a slight smile, “I’m going to get the doctor now.” I tried to sit up but was tethered by all the wires. “Is something wrong?” She started disconnecting me, “Oh, I can’t give you the results. That has to come from Dr. Ball” Not known for my patience, I started to help pull the patches off “Well then, go and get her.”

I have been a patient of Dr. Ball’s for the last 20 years. She knows my personality. “Don’t panic,” she said, “there is just a little something that wasn’t there when we did your last EKG five years ago. Could be nothing. Could be you had what is known as a silent heart attack.”  Whoa, from nothing to silent heart attack is a broad spectrum. “Okay, a few questions,” she said. “First, I know you don’t smoke now but have you ever smoked?”, “No”….”Do you ever have a shortness of breath?”…..”No.” …..”Are you always tired?”…..”I get up at 4:30 a.m., five days a week. I’m always tired.”….”Okay, I’ll rephrase that, are you fatigued, like, just too tired to do the everyday things you normally do?”…..”No.”……”Do you ever feel like someone is sitting on your chest?”….”Only when someone is sitting on my chest.”…..”Okay,” she smiled, “I’ll take that as a no. But still, I want you to see a cardiologist.” 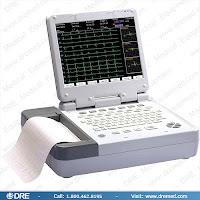 A few days later, I was in the office of the cardiologist that Dr. Ball arranged for me to see. Although she said that there was no immediate urgency, it seemed that things were moving fast. After a very short wait, another technician was attaching wires to my body for the second EKG in six days. She seemed to have a little more authority over this procedure so you can imagine my surprise when I heard are say, “Uh oh, something’s wrong.” Then she got up and went to the back of the terminal. “Ok, here it is, a plug is out” ARE YOU KIDDING ME? “If I survive the testing procedures, my hearts in good shape!" She smiled and flipped the switch to start the procedure. “I have a few questions to ask. Do you smoke?” Oh brother….

A few minutes later the cardiologist came in and introduced himself. “What brings you in here,” he asked. I explained the circumstances that led to the appointment. I assured him that I felt fine and that I was just trying to get in better shape for my son’s wedding in nine months. “I can understand that,” he mumbled while looking at the EKG readout. “I’ll tell you what,” he finally said, “I’d like you to have an echo cardiogram and a stress test this afternoon.” This afternoon? Sensing my growing anxiety, he said “Look, I have a light afternoon.  I can meet you at our heart center in a few hours and we can get this over with, and then you can go back to working out without worry.” I wasn't worried about anything till I saw a doctor. I agreed to meet him later in the afternoon and went home to wait.

My mind was racing. In a few short days I went from wanting to look good at the wedding to just wanting to survive till it. I was sitting quietly in the living room where two hours seemed like an eternity.  I turned on the TV to drown out the clock ticking on the wall. Surfing through mindless daytime TV, I found the new Katie Couric show. Today’s guest was legendary singer Barbra Streisand. Good! A long-time fan, this would help pass the time. I flipped it on just in time to hear Barbra say “Heart disease kills more women that all cancers combined because we don’t get the classic heart attack warnings that men get.”  Oh, just shoot me now. This had to be an omen to beat all omens. It seems that Ms. Streisand had just donated millions of dollars to a heart center in Los Angeles that now bears her name. The subject is her new passion. I turned her off to watch the weather channel. I was sure there were clouds on the horizon.

A few hours later I was once again half naked on a table where wires were being connected to various parts of my body and another EKG was performed. “First, I am going to take a picture of your heart,” the doctor explained. “Then, we are going to put you and the treadmill and increase the speed and elevation every three minutes.” I couldn't help but ask “for how long?”….”Until I think you've had enough.”…..”Should I tell you if it feels like someone is sitting on my chest?”….”Don’t worry, I’ll know.”, he answered me. “Then, I will stop the treadmill abruptly and guide you quickly back to the table and perform the second echo cardiogram.” Wait a minute, “So let me get this straight. There may be a problem with my heart so you are going to pump it to capacity and hope it doesn't blow before you can get a second picture?”….”Basically,” he smiled, “but we are equipped to handle all emergencies.”

Well, my heart it the ball out of the park. Not only did I handle everything he threw at me on the treadmill while engaging me in conversation, the second echo cardiogram showed all four chambers pumping fine with no apparent arteries clogged. “Your heart is working beautifully!” the cardiologist said beaming. "Go back to working out."

One primary doctor, one specialist, three EKG's, one stress test, two echo cardiograms, and many worried hours later,  I was told I was fine....which is what I started out telling everyone to begin with.