Not to spit in the face of fate, but let's admit it, some years are better than others. Save for one bright, warm day on the 4th of July... 2012, was not my favorite year. For the most part, there have been challenges.  First of all, no matter what was happening, the world was supposed to end on the 21st. of December, so I thought I could handle anything because I wouldn't have to tolerate it for long. Wrong.

Since we’re all still here, I not only have to tolerate situations, but now conquer them as well. In 2012, I have had more ups and downs than Lindsey Lohan had arrests, which is considerable.  So with that being said, here is what I learned this year:

Additionally this past year, the social media explosion made the world so much smaller. I communicate with people from around the globe and am always amazed by the conversations. There are people that I now consider good friends that I have never actually met. We have shared some of our most private thoughts and I have come to the conclusion that words are more important than faces. These women  inspire me on so many levels.

On a more personal note, for the most part, this year has kicked my ass. In July, one of my closest friends suffered a debilitating stroke. An otherwise healthy, relatively young, strong-minded, professional woman was brought down by a single clot. I stand by her now as she fights her way back and reclaims her once energetic life. She is frustrated with the time it is taking her to heal. I’m just glad she is still here, still fighting. In my heart of hearts, I know her determined spirit will shine through and the battle will be won.

Those who know me personally know that in October my world was rocked to its foundation. Without going into detail, something I thought would last forever…won’t. After floundering for weeks, I found my footing. As 2012 ends, I am standing strong and looking forward to the New Year. Especially since we have a wedding coming up!! My son and his beautiful fiance will be married in June. I can't wait! "The Engagement" was one of my most read blogs and I urge all new readers to go to the right side of this page and click on its link. 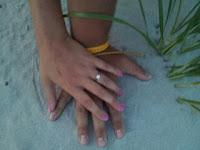 Which brings me to the fact that at the end of this coming January, Kitchen Clatter will be one year old. I started out not knowing what to expect. I only use Facebook and Twitter to share it and was hoping that maybe a couple hundred people might read it. Well, 11 months later, it is closing in on 20,000 views and has been reprinted in newspapers across the country, and recently, one across the sea. I am thrilled and encouraged to continue. From the bottom of my heart, I thank the many of you who have shared Kitchen Clatter with your friends and followers. Without you, I would never have reached the thousands who have read it.

So bring on 2013! I don't think I have ever been more excited to hang a new calendar, begin a new year, start a new life. Stay with me. We are just getting started!!!!!