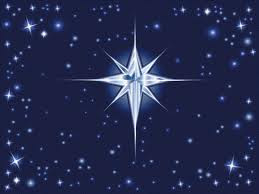 T’was the week before Christmas and all through my place
Was a forced spirit of Christmas invading my space
There is shopping and baking and so much to do
Add wrapping and cleaning to name just a few
But the stockings aren't hung yet, must buy some things
Like underwear and belts, but nothing with bling
My children are men now, not much more can be said
It just adds to the mystery of what goes on in their heads
I don’t own a kerchief, I don’t own a cap
There is no time to sleep and I'm struggling at bat

Cause last week, in the world there arose such a clatter
We collectively turned to see what was the matter
We sat still in our kitchens, couldn't move in our cars,
Starred hard at our monitors, no laughter in bars
The unthinkable had happened, the unfathomable shed
There was madness and gunshots and children were dead
In a hall that festively decked out paper chains
Lay a principal, teachers, hero's, unwanted fame
The nation watched in silence, not knowing what to do
Its people started crying, its President too

A small town in Connecticut brought the world to one prayer
"Lord, give strength and some peace to the families there"
In Newtown, so many young lives were taken
And left millions with sadness and faith that is shaken
But in the background where questions and anger abounds
Are brightly lit trees and houses and towns
It is Christmas... It is Christmas... No need to atone
It's the child in the manger who has now led them all home

This year's harder, admittedly, to decorate the tree,
but find your spirit, your faith and let Christmas be
So hang the holly, get in lines, sneak a cookie or two
If your're like me, there's a week and still plenty to do
It is Christmas...It is Christmas... Don't let the Season cease
May we all find compassion, may this earth finds its Peace.
But on this Christmas Eve...look up toward the sky

There will be twenty-six new stars, shining brightly, hanging high