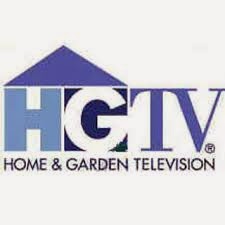 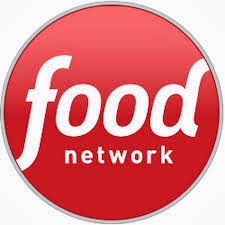 Up until recently, as a wife and mother, I spent a good deal of time in my kitchen. Unless it was meal time, my most likely companions were Bobby Flay, Tyler Florence, and Giada from the Food Network, or my PBS favorites, Lydia Bastianich, Ming Tsai, and Mary Ann Esposito, who are my real BFF's since they have been with me  way before cable came into the picture.  In any event, the TV on top of the fridge provided many hours of camaraderie with my culinary friends as my mission was to accommodate the nutritional supply and demand of a growing family.

That was before life changed and I went from being a cook to an independent contractor. Literally. Never in a million years did I think I would spend more time with Hillary Farr, David Visentin, Eygpt Sherrod and Nicole Curtis of HGTV, than Ina Gardner. But I am, and, truth be told, I think I’m becoming addicted.

On a recent snowy Sunday, I watched five episodes in a row of “Love It or List”…seriously, five. (If you're not familiar with this show, it's where designer Hillary tries to entice people to stay in newly renovated homes she designed while realtor David tries to persuade them to list their house and buy one that he found.)

The Olympics were on one channel and one of my favorite movies on another...and yet I sat there watching homeowners rip Hillary apart because during a renovation, she found mold in their insulation. Cause it's her fault that there are structural problems under the impossible list of "must haves" that they gave her to complete with an impossibly low budget. I guess you had to be there. But, if the Food Network has turned us into "foodies", then Home & Garden Television will be turning us into "homies"...okay, I may have to find a different term for this.

But anyway, since buying a home that needs updating, I look for any and every design or renovation creation that just might fall into my color wheel. Which by the way is more often than you might think. You see, I am not a person who ever gets caught up with fads. Actually, by the time I start noticing something, it has usually become "so yesterday". And I'm okay with that because I'm not often impressed by what other people think is popular. But I am intrigued to see how I'm stacking up with the professional. And, to see what they can offer.

And, truth be told, I'm doing okay. The taupes and cremes  I went with when redecorating the living room seem to be "classic". Dark hardwood flooring, perfect. What I can't get into is the pops of lime greens, reds or bright yellows, in zig-zaged patterns now being used in pillows, wallpaper, and furniture. Lord knows I'm not an interior designer. And had you asked me a year ago what channel HGTV was on, the answer would have been "I don't know, but Neely's BBQ comes on at 2." But I do know what I like...and don't like.

And it's not just about design! On "Rehab Addict", I now watch a young, divorced woman, rip apart a dilapidated house with the same enthusiasm that I once watched Martha Steward knead and punch artisan bread dough. I mean, this girl goes in and starts ripping down walls, stairways, ceilings, nasty flooring and deteriorating roofs! Sawzalls and sledge hammers are her weapons of choice. Frayed wiring and corroded plumbing is the norm. She often uncovers rats, mice and roaches as well, (and sometimes while wearing sandals.) Not for the squeamish to be sure, but always stunning in the end!

As a licensed realtor, Nicole Curtis finds and then buys homes that are barely standing and rehabs them back to grand stature. I can only assume that she flips them, although I've never heard that "f" word used on the show. If you live in an older home, you have to watch to see her resurrections. I could try to explain, but I would need an easel, charts and a slideshow. Just watch.

I'll admit, because I am not a designer or real estate mogul, I am usually blown away by the finished products of any of these shows each and every time I waste a Sunday on the couch.
And I've noticed that a common theme among all the home redo shows is the homeowner's request for “open kitchen concept”.

Embracing that the kitchen is the heart of the home, everyone, young or older, wants to be able to cook, entertain and congregate without the constraints of walls. That desire usually brings up the second term most used on HGTV, “load bearing”, which means if you want the second story to stay where it is, you might have to adjust your budget or ideas. Almost nothing is impossible, but everything comes with a price!

Another popular term I've learned is “site line”.Today, everyone wants to come in their front door and see clear to the back of the house with as little restriction as possible. Obviously, some support is needed, but most are willing to make allowances with columns and posts in place of solid walls. Since this is all new to me, I’m not sure if this is a fad or not. But I will admit that what attracted me to my second floor condo unit was the ability to reach the top step and have unobstructed views of four areas. The architect had a definite “open concept” in mind and I’m so glad.

My new found fascination with HGTV does not affect my desire to cook, create new recipes, or keep tabs on its sister station, the Food Network, but I will admit to spending more time in Home Depot and Lowe's, these days, than Kitchen Kappers. Recently, I examined a lightweight cordless drill with the same intensity that I once used on a Kitchen Aid mixer attachment. I've even taken repair classes at a local home improvement store. I had an ex who could do anything and everything when it came to home repair. Now, it’s up to me. I can’t afford to hire someone for every little thing, so I’m watching, learning, doing and sometimes, re-doing. It’s still all so surreal to me…and also, so exciting!

But next week? Back into the kitchen with Grandmom!

Images supplied by ImageGoggle and are resister trademarks of HGTV and Food Network
Posted by kitchen clatter at 2/19/2014 01:47:00 PM