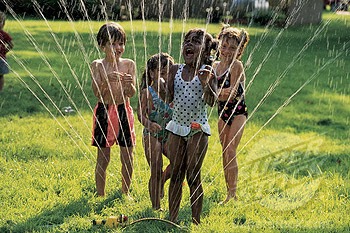 A year ago today I was sitting on a cliff trying to decide if going over would be easier than standing my ground. A year ago, I was waiting to exhale. My son was about to get married, my house was up for sale, my husband wanted out, and I had to find a place to live. Other than that...not much was going on.

Twelve months later, so many questions have been answered (and yet, so many more lingering in my mind.) But, I have been able to back off from the cliff and settle in a grass covered meadow where I plan to breath in every wisp of summer! As stress free as life will allow. And since this weekend is the unofficial start of summer, I will start NOW!

"Summertime is always the best of what might be." Charles Bowden

"Starry, starry night, paint your palette blue and gray. Look out on a summer's day, with eyes that know the darkness in my soul" Don McLean

Unlike last year at this time, my vision is clear. Work when I have to, enjoy life when I'm off. Without a knot in my stomach and a lump in my throat, the long days of summer will be so much more enjoyable. I may (and this is just a "maybe") even examine the possibilities of opening my heart once again. And with a nod to my friends Jessica Gordon Ryan and Shelley C. Holmes, I will remember that...

"Some of the best memories are made in flip flops!" Kellie Elmore

15 Minutes and a World of Flavor

There are very few scents that I associate with summer more than the spicy and pungent Old Bay Crab Seasoning®. When I was younger, it was thought to be a one dimensional seasoning used for dousing over a steaming plate of Jersey Blue Claws. Perfectly flavoring the juice running down my fingers as I picked that sweet meat from the belly of the crab...it defines "finger licking good"!

But now, Old Bay is used in so many different recipes in the past few years, that its' sales have more than tripled and I couldn't be happier to be cooking in a time when its versatility is so widely displayed. From Bloody Mary's to French Fries, this 60 year old seasoning is HOT! So much so, that its Facebook page is climbing in "likes" by leaps and bounds, and I am just one of almost 500,000 fans that eagerly look for a new recipe to find its way on to the news feed!

Which brings me to a a recipe that was posted of a few days ago that simply caught my eye! I search the internet for recipes that will work so easily in my own kitchen that I know they will work in yours. "Old Bay Shrimp Scampi is just that sort of recipe! And the best part is that it only takes 15 minutes to make a delicious dinner for four (which does concern me because I only had enough left for lunch tomorrow. May need to exercise portion control here.) Anyway, simple ingredients lead to a simply wonderful and easy meal. Seriously, on a difficulty scale of 1 to 10, this is a -2! 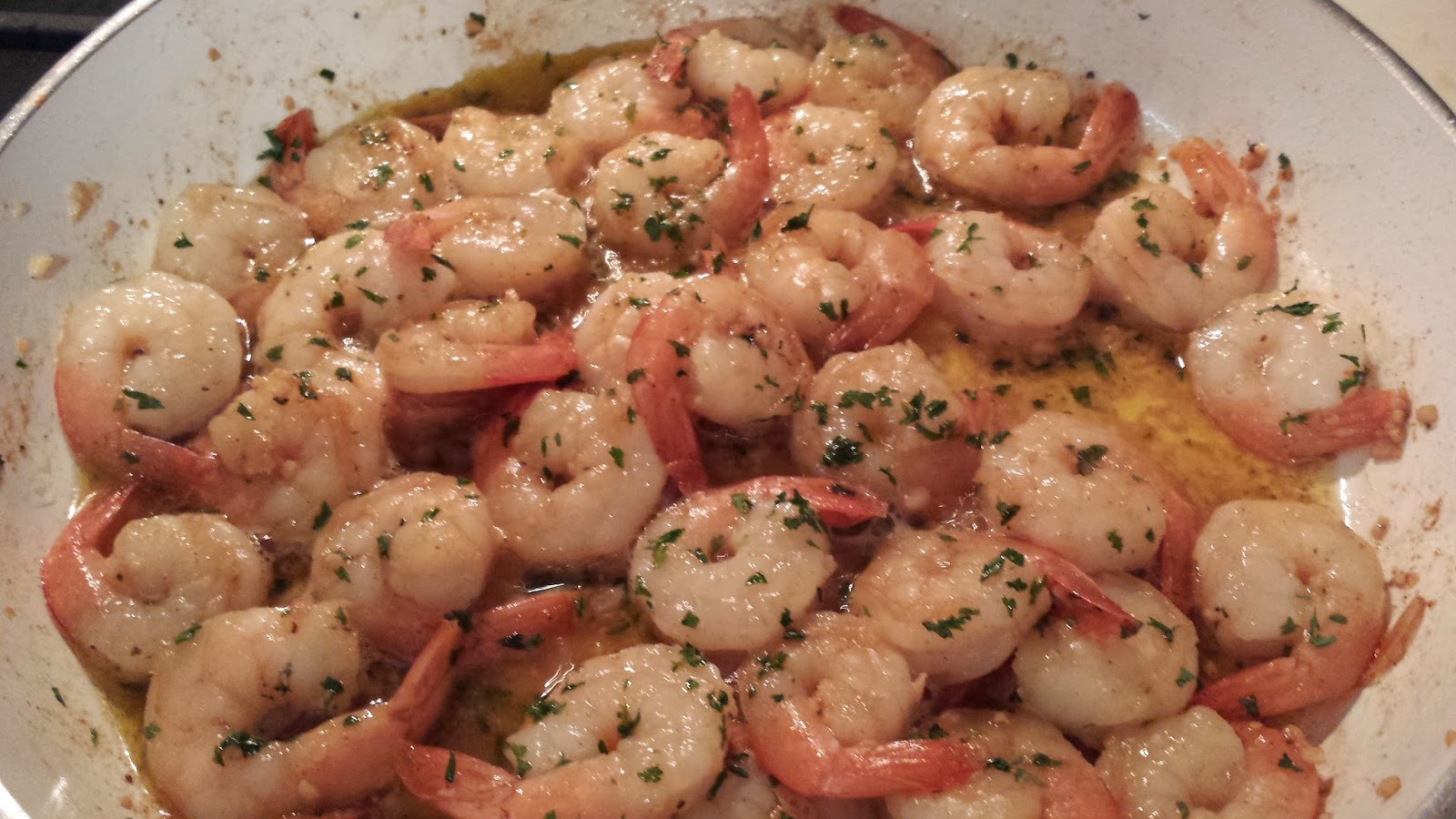 DIRECTIONS
Heat oil in large skillet on medium. Add garlic. Cook and stir 30 seconds or until fragrant. (Do not brown.)

Add shrimp and OLD BAY. Cook while stirring 3 to 4 minutes or until shrimp turn pink. Stir in lemon juice and parsley. Serve over cooked pasta or rice. (I choose Capellini pasta which made this dish deliciously light!)

The only slight deviation I made from the recipe above was adding a small amount of white wine when sauteing the garlic. Why? Well, as pop artist Estelle sings "because I can".  In my kitchen, garlic, olive oil and lemon sing a chorus that cries out for a small splash of white wine! And I always oblige. Also, as instructed by the great Italian chef Lidia Bastianich, always put a small ladle of the pasta water into the shrimp mixture to extend the broth. Then, after fully draining the pasta, add it directly to the frying pan and mix it well. It is the best way to totally saturate the pasta with the flavorful broth!


And just so you know, this blog is not a paid endorsement of any product I write about. My love for this great seasoning comes straight from the heart (and taste buds). Its spicy mixture consist mainly of celery salt, celery seed, mustard seed, red and black pepper, cloves, pimento, and paprika, and its bright orange coloring will add a "glow" to any dish.

How ever you decide to use Old Bay, do not limit its use to seafood. It works wonderfully as a dry rub for chicken and corn cooked on the grill, or in the broiler. Or, make a summertime version of Buffalo wings, by coating with Old Bay before frying or grilling while adding a fresh Ranch flavored dip. I also freely add it to my most requested recipe, which is Maryland Crab Soup. If you don't have Old Bay, don't make the soup. Enough said.

I promise, once you try a few of Old Bay Crab Seasoning recipes, you too will be clicking their Facebook "like" page and joining to help make a "summertime" taste into a year round adventure! I will be waiting to hear from you!

As the calendar pages turn towards summer, I am gearing up for the many flavors that come with it. Jersey tomatoes, white corn, fresh peaches and blueberries, bursting from dusty roadside stands and markets...be still my heart! I am a proud daughter of the Garden State, so bring it on!

But sadly for me, there is one summer passion that just won't be doable for the first time in my adult life. My condo association does not allow grilling on the balconies of second floor units And while it depresses a little me, I won't let it defeat me. Or stop me!

Now, I know I'm not alone in not being able to light up a grill. Millions of people live in apartments, high rises and condo units and most likely never even think about it. But for me, summer starts by walking out on the deck and placing the first hot dog on the hot grates, slightly toasting the bun over the embers, and adding a little yellow mustard. A 7" piece of heaven. Gone.

Or is it? If I've learned anything from this past year, it's been to adjust, adapt, and reconfigure. So, I have been sampling ways to re-create that outdoor taste on my indoor gas stove and have come up with two things that almost bring summer home again.

First, a cast iron pan with ridges goes a long way in slightly sizzling the fat away from the meat while searing those "grill" marks needed for the ascetics . Quality cast iron pans are not cheap. But, since I won't be filling propane tanks this year, I'm way ahead of the game. Also, (and this is so important), remember to "season" the pan before using for the first time. It's easy, completely wipe the inside of pan with vegetable oil, than place in 350 degree oven for two hours. That's it! The process makes the frying pan non-stick and it just gets better with use.

Secondly, I have discovered an ingredient that makes any steak or burger taste like it just came off of glowing charcoal briquettes - Williams Sonoma's Hickory Smoked Sea Salt. It is amazing. Flavored sea salts have become increasingly popular among both professional chefs and home cooks, myself included. At first, many believed it had less sodium than table salt, but actually, it does not. Ounce for ounce the sodium content is the same. However, (and this is a big 'however') you usually use less because of the large size, crunchy crystals. It's kind of like butter vs. whipped butter. The fat content in whipped butter is 45% less because it contains more air created by the whipping process. A teaspoon of small granular table salt has more density that a teaspoon of sea salt.

Anyway, back to my mock BBQ lesson. I recently learned from a "steak master", that meat should be taken out of the refrigerator at least 15 to 30 minutes before putting on the grill to ensure perfect searing. As soon as I remove the meat from the fridge, I brush on a small amount of olive oil so the seasonings, such as the smoked sea salt, ground pepper and garlic powder, have something to adhere to. As the steak is slightly warming to room temp, the salt will start to dissolve into the meat, marinating it with it's great hickory smoked flavor. Salt of any kind is natures perfect tenderizer, so you are actually getting to great features with one fabulous ingredient!

So, I will continue my quest to fool my taste buds into believing that a large grill on the deck is supplying my summertime rituals. Hot dogs, sausage with peppers & onions, and chicken will be an easy manipulation. But there is one family favorite I'm just not sure about being able to recreate. I have been told by my sons, that I make "kick-ass" ribs, and I must admit, they were good! I used my own dry rub first and then slow cooked them over wet, smoky hickory chips. I'm sure the smoked sea salt will play a huge part in creating that "open grill" oven flavor. Just not sure about everything else!

It was a brutal winter that lasted too far into spring. May is the unofficial start to summer so find a way to enjoy everyday and all that it has to offer! Make time on the way home from the grocery store to support local farmers and their fabulously fresh produce. Most towns now have Saturday farm markets that make a great weekend outing. Plan a picnic on a grass covered field, or on the shores of a tea-colored, cedar lake. Fry some chicken and enjoy it on a sandy beach next to the spray of the sea. Summer calls for us all to come outside and play! Breath it all in...because in one short exhale, I'll be writing "nothing like the first cool day of autumn!"