Riverton's Little House That Could!

There was a time when the scent of an Easter ham wafted through the rooms on a spring Sunday afternoon. A time when family gathered around the Thanksgiving table and kids in pajamas excitingly rambled down the wooden stairs on Christmas morning.

There was a time when this 125 year old house was so much more the decaying structure it has become now...it was a home. A place where this historic township's 4th of July parade marched passed every summer while the family sat on the porch waving small American flags.

And now, thanks to the vision of three local residents, it will once again regain its purpose. And if truth be told, Facebook had more than a little bit to do with this. But, let me go back a few weeks. My friend Lynnie was looking to downsize while hopefully staying in her hometown of Riverton. She enlisted the help of my sister, Betty Ann Shepard, a Realtor with Berkshire Hathaway, with a passion for older homes.

It should be noted that this small town was listed in Travel Magazine a few years back, as "One of the Best Small Towns to Celebrate the Fourth of July in". And it truly is. This lovely enclave of mostly Victorian style homes sits proudly along the Delaware River where it once served as a vacation destination for the Philadelphia wealthy and elite.

Now, more often than not, houses are passed down through generations without ever hitting the real estate market. And it takes a little perseverance to find what you're looking for in Riverton.

So early one February Saturday, the three of us, along with our friend Sandy, spent the afternoon roaming the town for that perfect possibility, when Betty suggested we stop at 505 Main Street to see a house that had just come on the market two days earlier at well below market valvue! But once we pulled onto the ice covered back drive, the reason(s) were apparent before we even got out of the car.

First, and most obvious, was the blue tarp that covered what use to be a roof. We learned latter that a few years back, a heavy snow load had crashed through the weather battered shingles causing major destruction inside. We got out of the car to peek through the windows and were surprised to find that the interior walls were stripped to the studs by water from the collapse that damaged the drywall.

Broken pipes, knob and tube wiring, and tiles lifted from age and melting snow were strewn around the pitted and collapsing floor boards.
Yellowed by age, wallpaper with dated patterns still hung in some of the closets. An odd site was to see a tub precariously hovering over some rotting second story floor boards. Not sure what happened to the sink or toilet. It became obvious that this place needed so much more than a renovation, it needed a resurrection!

So, there it sat, a mere skeleton of its former self, seemingly crying out for love. And I loved it. It was so beaten down. A completely depressed appearance. When the winter wind lifted the tarp, the rustling sounds were like labored breathing. I took some pictures, and then, as I often do, posted the them on Facebook and joked around about buying and rescuing it with my drill and some paint. This, of course was a ridiculous notion, but several friends jumped on the fantasy bandwagon and offered donations. It was a fun afternoon of "what ifs". Then, I got a text.

"Jo Ann, what is your sister's cell number?" from my real life and Facebook friend, Denise Kilroy who had been quietly watching the social media version of Rehab Addict. And that text threw a life raft around that house. I didn't know it at the time, but Denise, her husband Tom and contractor Mike Vogal, were forming an LLC to rescue, renovate and flip older abused housing. They made that call to Betty, and the rescue mission was on!

It will take much vision and skill to turn this dilapidated building back into a home, but listening to Denise, Tom and Mike on a recent visit, it quickly became apparent that this group has both...in abundance. Mike, who has worked on many older homes in Burlington County, will remove the studs separating small rooms, install beams where necessary, changing the flow to the ever popular open concept.

A master bedroom with an en suite will be added and the kitchen will become some lucky cook's culinary dream. Updating will also mean that radiators will be removed and a new HVAC system installed. Up in the corner of a room (that had no floor) I spotted an old radiator expansion tank that just cries out to be re-purposed by someone with a eye for design! 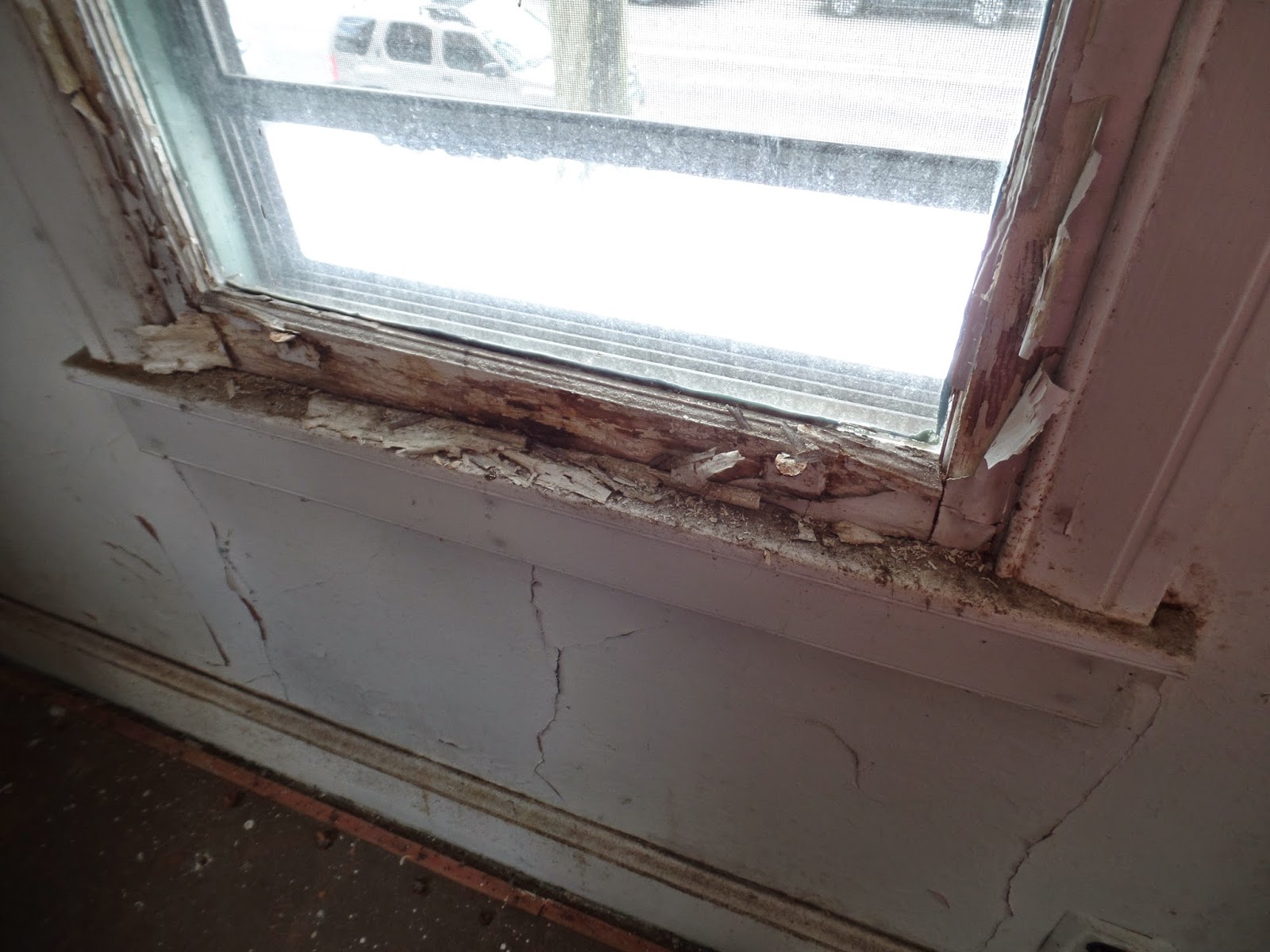 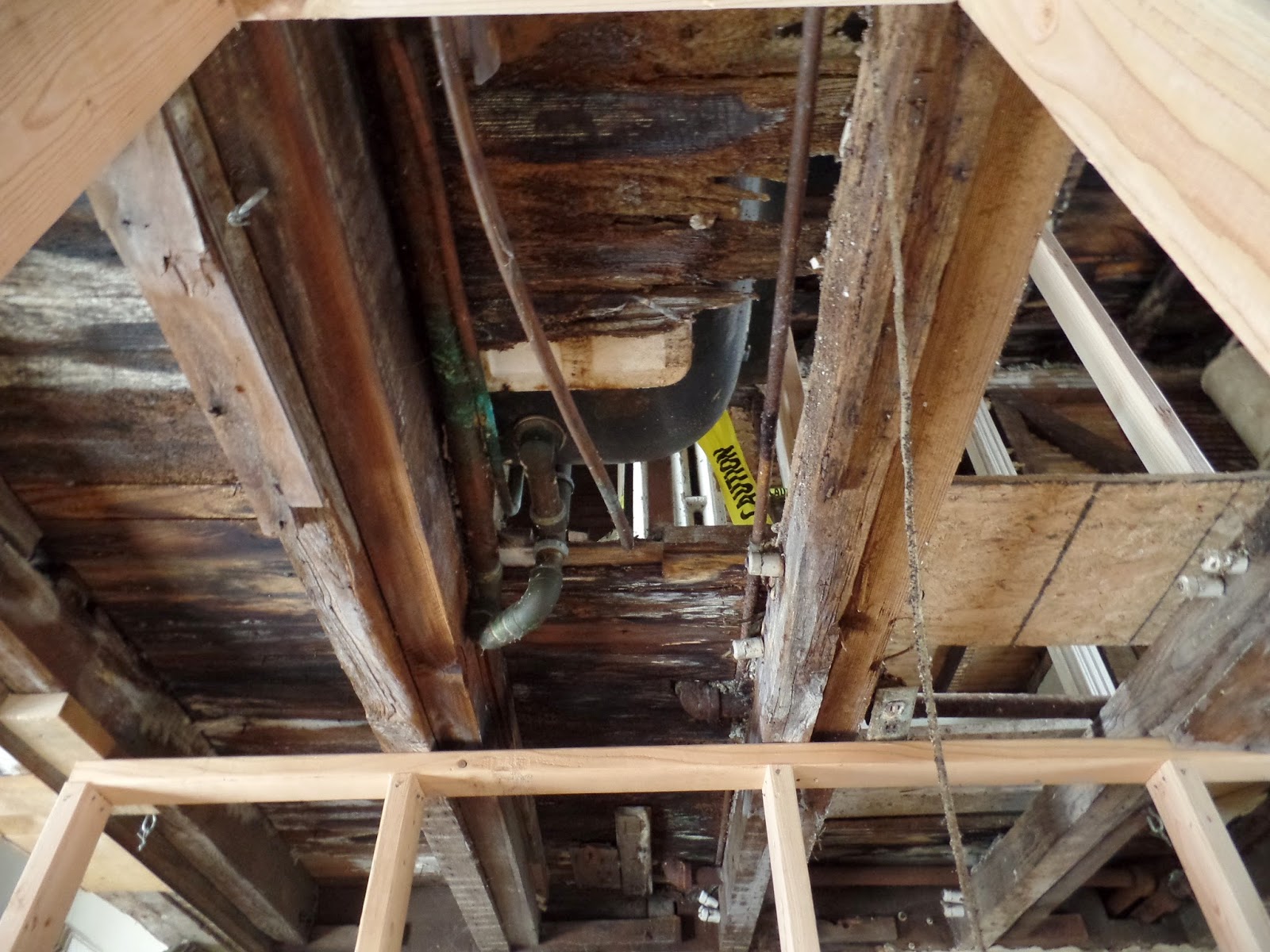 As the dialog about the possibilities swirled around me, all I could do was look around at the broken floors, rotting window sills, missing dry walls, and think "where do they even start?" But the important part is that they know that answer. And once all permits are secured. This resurrection will begin! 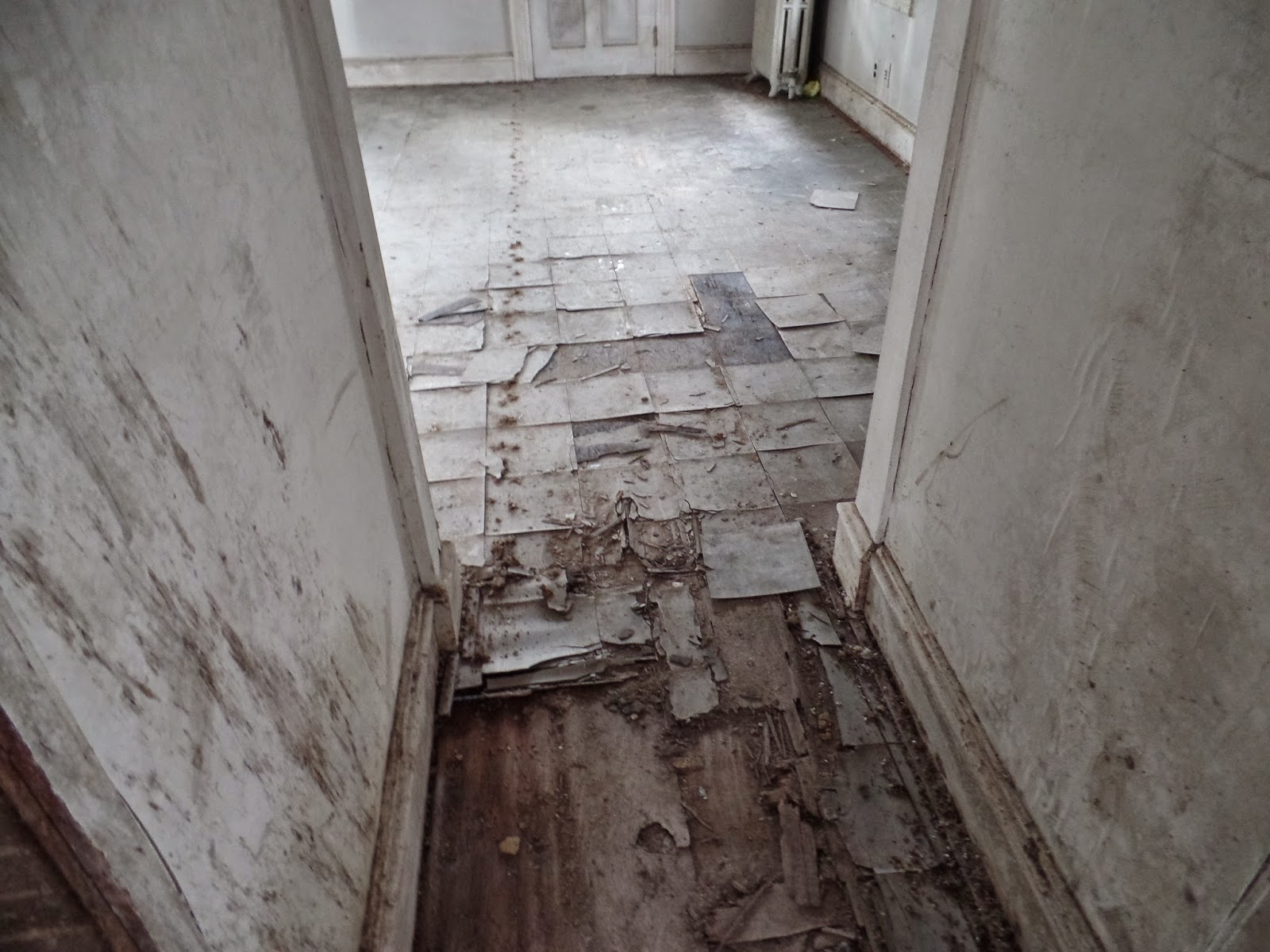 And we can't let that happen without following the progress. With that in mind, a new blog, created by Betty and myself (with the blessing of the new 505 Main Street, LLC owners) will follow the journey of turning Riverton's little house that could, into the little house that is...a home once again.

Soon, a link to the new renovation blog, "505 Main Street" will be posted on Kitchen Clatter, Facebook and Twitter. Stay with us for a true renovation fascination! Follow the soul of this house being brought back to life. And that can only happen when this gate swings open to welcome a new family! 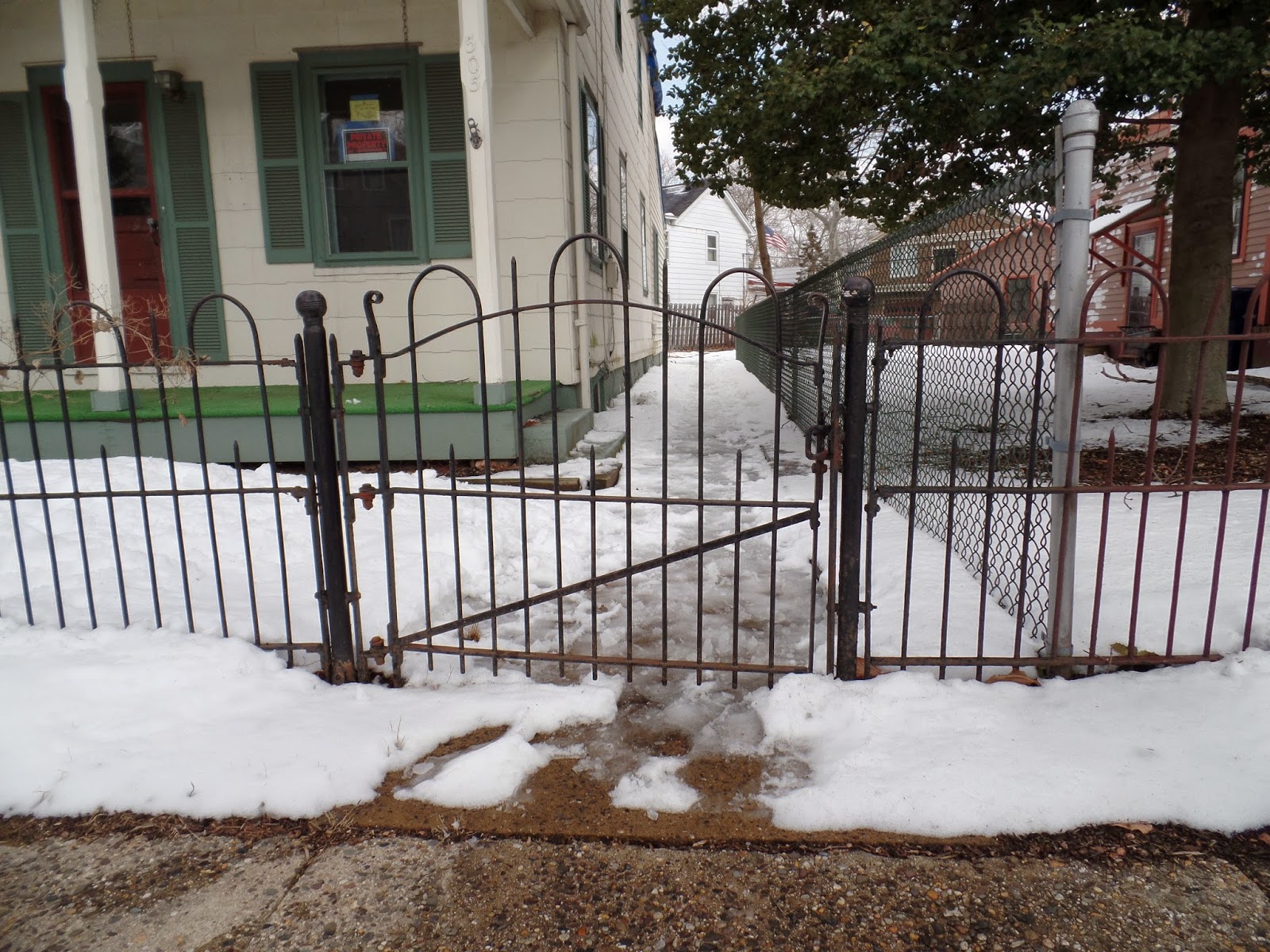